Warning: "continue" targeting switch is equivalent to "break". Did you mean to use "continue 2"? in /homepages/39/d708990151/htdocs/wp-content/plugins/qtranslate-x/qtranslate_frontend.php on line 497

Warning: Parameter 2 to qtranxf_postsFilter() expected to be a reference, value given in /homepages/39/d708990151/htdocs/wp-includes/class-wp-hook.php on line 286
 Adobe Experience Design VS Sketch App - Ipak 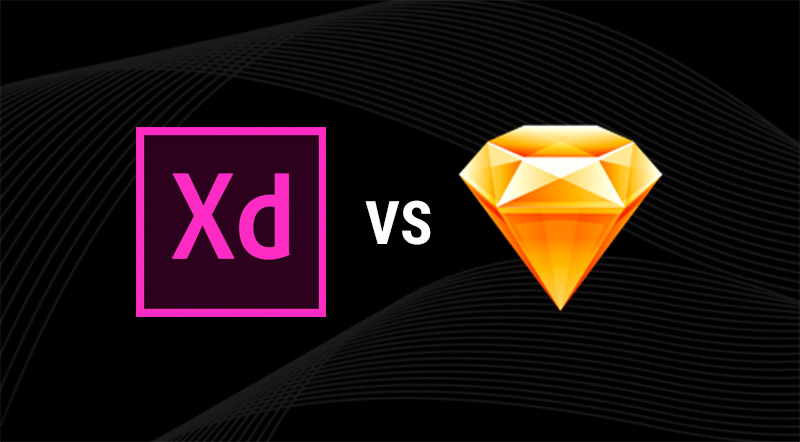 Since Sketch broke into the market a few years ago, it has carved a very well deserved place on user interface designers scene. In fact, I’m sure that we will hear soon a lot about this tool… The network is filled with tutorials and plugins for this tool and we, as professionals, receive a lot of projects designed in Sketch, both national and international origin… This obviously reflects a reality: Sketch is here to stay and as I see, it has done in its own right with a handful of users.

But … oh, my friends! Adobe rules… and he killed Freehand time ago and I suspect that in the not too distant future he attempt to “crush” Sketch also, and say he will try, because Sketch is playing a very clever trick against which it is difficult to compete… its reasonable price. If Adobe sins of pride and puts the Adobe XD at a price as we are accustomed, probably Adobe which “fail”.

But let’s move to a more functional analysis. What we have in front us?

We have two very powerful tools, focused on design (vector) User Interfaces for both mobile and web. Both look very clean and undistracted based on a drawing toolbar, text and other elements and attributes toolbar interface.

Both works in a very similar way, there are no differences when doing the basics that is design. Both have a “mirror” App for mobile devices, where you can see in real time what you are designing on your computer. Both allow you to export your icons, buttons and artboards in all sizes and standard formats for further development … So where’s the difference will tip the balance to one side or the other ?

Very simple, in prototyping, and here from my point of view, Adobe “takes the cake”. For me, as a user, design and prototype in the same interface, without having to jump between programs and have artboards on the fly, etc … are updated priceless.

With Sketch it is not so easy. First you have to design everything in its platform, and then to make a navigable prototype you must jump to another such as “Invision” functionality and develop there. Some people say, “it is not that great,” but believe me, much depends on the amount of apps you design and haste you have to make them. That said break a lance in favor of the alliance “Sketch + Invision” which is that “Invision” although not a very flexible tool for my taste, has many more features to Adobe XD prototyping level. Has different transitions, you can define zones “fixed” so do not scroll the entire screen, you can define the type of interaction (down, swipe …) But the fact of having to be jumping from one platform to another, for me is a handicap .

Finally and to finish tip the balance toward the side of Adobe, this lets you record a video on the fly where you can show the functionality and navigation prototype, very useful for presentations thing and certainly added value.

So in summary and in my opinion, so far winning Adobe. It is in Beta version free download and are receiving feedback from users to improve the commercial version, I hope they launch a competitive price. Sketch For my part, congratulations to develop a very powerful, very useful tool and of course able to overshadow Adobe … for now.

This website uses own and third party cookies to provide better service and browsing experience. If you go on surfing, we will consider you accepting its use.